Ammonia is the most abundant alkaline gas in the atmospheric environment and plays an important role in the atmospheric environment and ecosystem. On the one hand, ammonia gas can promote the formation of sulfate and nitrate and increase the concentration of fine particulate matter (PM2.5) in the atmosphere, and on the other hand, it can neutralize atmospheric acidic substances and reduce the impact of acid rain on the ecological environment. Agricultural activities such as intensive nitrogen fertilizer application and animal husbandry have made China one of the regions with the highest ammonia emissions in the world. China plans to cut agricultural ammonia emissions in the next few years to reduce atmospheric PM2.5 pollution. However, in the context of large amounts of sulfur dioxide and nitrogen oxides emitted by fossil fuels, ammonia emission reduction may exacerbate ecological and environmental problems such as acid rain, and there is currently a lack of quantitative analysis of this complex comprehensive effect. 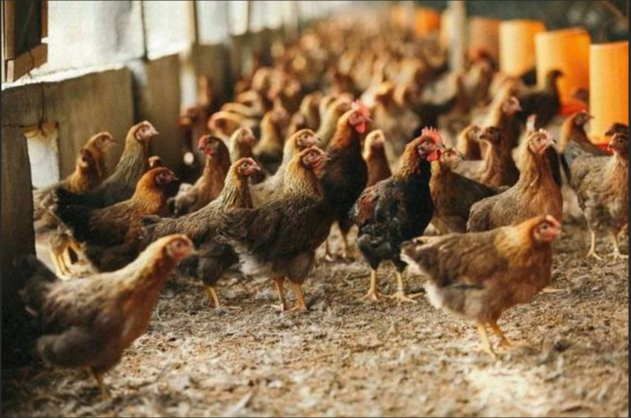 Studies have shown that China's current high-intensity ammonia emissions are mainly caused by extensive agricultural production patterns. If the efficiency of nitrogen fertilizer application is improved and the management of manure and urine in animal husbandry is strengthened, the annual emission of ammonia gas in the country can be reduced by 50%. The state plans to reduce sulfur dioxide and nitrogen oxides by 15% from 2015 to 2020. If ammonia emissions are simultaneously reduced by 50%, the annual average PM2.5 mass concentration in key areas of the country (North China, South China and Sichuan Basin) can be reduced by 7.0~11.2 μg m-3, accounting for 11~17% of the total concentration, mainly comes from the decrease of ammonium nitrate concentration.

Therefore, on the one hand, China's ammonia emission reduction is conducive to reducing PM2.5 concentration and reducing the risk of human exposure, but on the other hand, it will lead to the deterioration of the acid rain problem and adversely affect the ecosystem. Ammonia Emission Reduction Program.

Based on a cost-benefit analysis, the study proposes that ammonia emissions in North China can be reduced by 20-30% in the next few years, while the control of sulfur dioxide and nitrogen oxides in southern China and the Sichuan Basin needs to be further prioritized. The research results have important guiding significance for improving China's air pollution and protecting ecosystems.

The ammonia gas cooled to room temperature enters the impurity-removing washing buffer tank, and the lye solution absorbs carbon dioxide and other chemical components in the exhaust gas, and uses the coil to exchange heat, so that the temperature of the exhaust gas does not rise, and the ammonia gas is insoluble in the lye solution at room temperature. middle. The water jet is used as the pumping power, and the ammonia gas is sent to the high-efficiency low-temperature ammonia gas scrubber. The ammonia scrubber mainly uses the relevant principles of fluid mechanics. The gas and the absorbing liquid are mixed in the pipeline. When the absorbing liquid and the gas are mixed and passed through the pipeline, the contact surface between the gas and liquid phases and the pipe wall is large, and the liquid on the contact surface is continuously cooled. After the gas and liquid collide violently to make the gas and liquid fully mixed, it falls into the circulating water tank with the gravity of the liquid to form ammonia water.

Since the inlet pipe of the ammonia scrubber is large and the outlet pipe is small, a slight positive pressure is generated in the tower, so as to achieve the purpose of efficient absorption. In order to prevent the volatilization of ammonia water, a pickling tower is set up at the end to absorb the volatilized ammonia gas, so as to meet the environmental protection requirements. 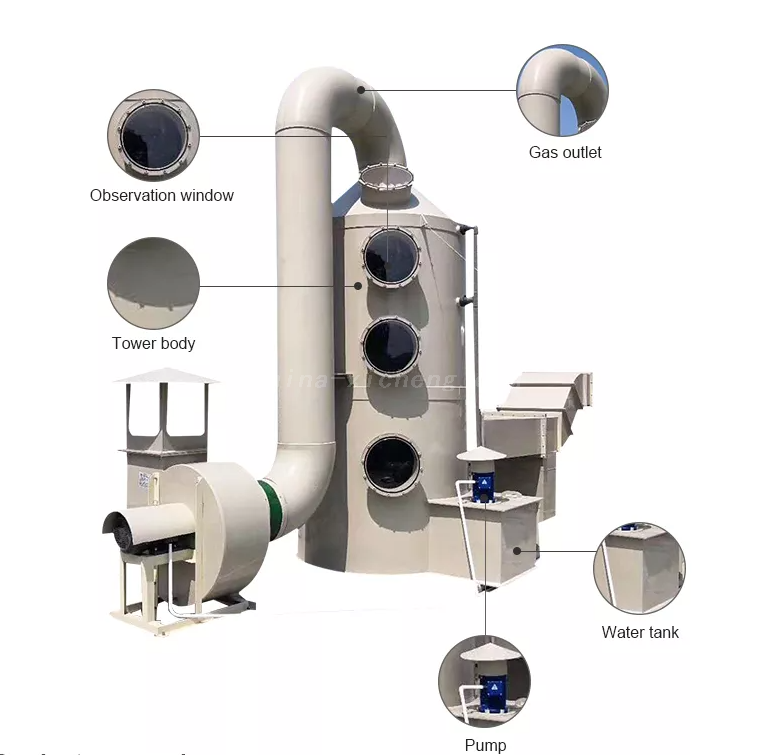 The relative molecular weight is 17.031, and the density of ammonia gas under standard conditions is 0.7081g/L. Ammonia gas is easily soluble in water, with a solubility of 1:700, with a pungent odor and colorless.

When ammonia dissolves in water, ammonia molecules and water molecules combine to form ammonia monohydrate (NH3+H2O) through * hydrogen bonds. Ammonia monohydrate can be partially ionized into ammonium ions and hydroxide ions, so ammonia water is weakly alkaline and can make The phenolphthalein solution turns red. The reaction of ammonia in water can be expressed as: Ammonia monohydrate is unstable and decomposed by heat to generate ammonia and water. There are three molecules, three ions and three equilibriums in ammonia water. Molecules: NH3, NH3?H2O, H2O; ions: NH4+, OH-, H+; three balances: NH3+H2O NH3?H2O NH4++OH-H2O H++OH-, three applications in ammonia chemistry experiments:

① Use a glass rod dipped in concentrated ammonia to check the presence of HCl and other gases;

(The essence of the reaction is that the lone pair electrons of the nitrogen atom in the ammonia molecule combine with the hydrogen ions with empty orbitals in the solution to form ionic crystals through coordination bonds. If the reaction is carried out in an aqueous solution, the ionic equation is: