Home / Company News / How to deal with ammonia in exhaust gas?

How to deal with ammonia in exhaust gas?

Chemical absorption method is a process method that is widely used in exhaust gas control, with mature technology, stable operation and good treatment effect. The method can carry out multi-stage continuous treatment of various malodorous gas components, such as two-stage, three-stage and four-stage absorption systems, and it has wide adaptability. This process is suitable for the treatment of atmospheric volume and high concentration of malodorous gas. Its characteristic is to maximize the gas-liquid contact, increase the gas-liquid mass transfer rate, and achieve the purpose of high-efficiency treatment. In the chemical scrubbing absorption process, the concentration and dosage of the chemical can be changed according to the change of gas concentration and composition, so as to reduce the operating cost and improve the treatment efficiency.

The pyrolysis method is to introduce the gas into the calciner and increase the temperature to above 700 degrees Celsius to decompose the ammonia gas into nitrogen monoxide, carbon monoxide and water vapor, so as to achieve a satisfactory comprehensive degradation effect on the production waste gas. However, it has the disadvantages of large one-time investment, high operating cost, complex structure and inconvenient maintenance.

The ammonia gas cooled to room temperature enters the impurity-removing washing buffer tank, and the lye solution absorbs carbon dioxide and other chemical components in the exhaust gas, and uses the coil to exchange heat, so that the temperature of the exhaust gas does not rise, and the ammonia gas is insoluble in the lye solution at room temperature. middle. The water ejector is used as the pumping power, and the ammonia gas is sent to the high-efficiency low-temperature water washing tower. The ammonia absorption tower mainly uses the relevant principles of fluid mechanics. The gas and the absorption liquid are mixed in the pipeline. When the absorption liquid is mixed with the gas, it passes through the pipeline. At this time, the contact surface between the gas and liquid phases and the pipe wall is large, and the liquid on the contact surface is continuously cooled. After the gas and liquid collide violently to make the gas and liquid fully mixed, it falls into the circulating water tank with the gravity of the liquid to form ammonia water. Because the inlet pipe of the absorption tower is large and the outlet pipe is small, a slight positive pressure is generated in the tower, so as to achieve the purpose of efficient absorption. In order to prevent the volatilization of ammonia water, a pickling tower is set up at the end to absorb the volatilized ammonia gas, so as to meet the environmental protection requirements.

The principle of ammonia absorption

The relative molecular weight is 17.031, and the density of ammonia gas under standard conditions is 0.7081g/L. Ammonia gas is easily soluble in water, with a solubility of 1:700, with a pungent odor and colorless.

A. to react with water

When ammonia dissolves in water, ammonia molecules and water molecules combine to form ammonia monohydrate (NH3+H2O) through * hydrogen bonds. Ammonia monohydrate can be partially ionized into ammonium ions and hydroxide ions, so ammonia water is weakly alkaline and can make The phenolphthalein solution turns red. The reaction of ammonia in water can be expressed as: Ammonia monohydrate is unstable and decomposed by heat to generate ammonia and water. There are three molecules, three ions and three equilibriums in ammonia water. Molecules: NH3, NH3?H2O, H2O; ions: NH4+, OH-, H+; three balances: NH3+H2O NH3?H2O NH4++OH-H2O H++OH-, three applications in ammonia chemistry experiments: 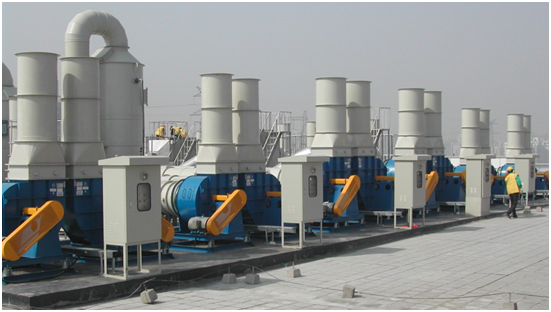 B. to react with acid

(The essence of the reaction is that the lone pair electrons of the nitrogen atom in the ammonia molecule combine with the hydrogen ions with empty orbitals in the solution to form ionic crystals through coordination bonds. If the reaction is carried out in an aqueous solution, the ionic equation is: