Home / Company News / What is the air quality in the United States?

What is the air quality in the United States?

1. How severe is air pollution in American history?

When it comes to the history of air pollution or smog in the United States, many people may think that it started with the 1943 Los Angeles smog incident: on July 26, 1943, smog swept the urban area of Los Angeles along with a heatwave, with less than three blocks of visibility ( (About 300-1000 meters), the people who eat melons are not clear, so they only feel that their throats are dry and their eyes are hot. They even have to park the car on the side of the road and cry for a while, thinking that the Japanese are attacking them with chemical weapons.

By 1881, several cities such as Chicago and Cincinnati had issued regulations to reduce urban smoke and dust, restricting smoke and dust emissions from factories, highways, and ships, indicating that air pollution in these cities had reached a considerable level at that time;

In 1928, the U.S. Public Health Service began to inspect air pollution in eastern cities and reported that the sunshine in New York City was reduced by 20%-50% due to air pollution;

In November 1939, St. Louis experienced nine days of extreme air pollution. Even if the street lights on the street were turned on at noon, the visibility was zero;

In the late 1940s, Los Angeles smog was introduced at the beginning;

In 1948, an air pollution incident in Donora, Pennsylvania, caused 20 deaths, and 40% of the town's residents became ill; 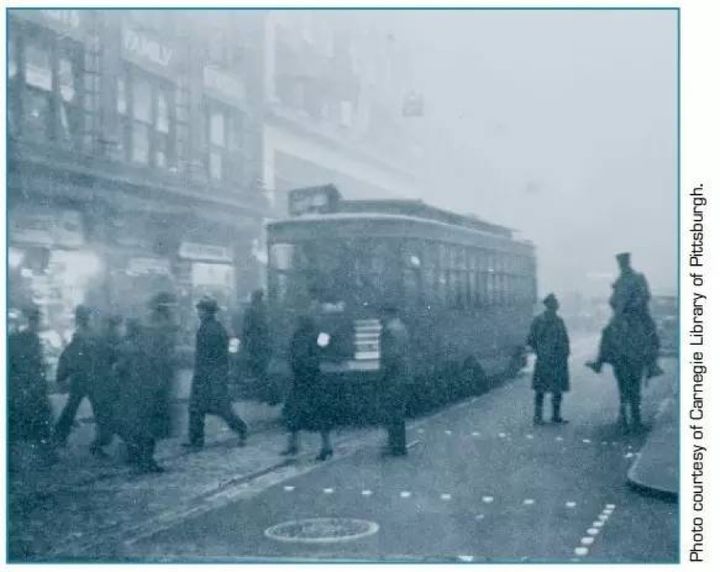 In 1945, Fifth Avenue in Pittsburgh, Pennsylvania, USA, was filled with smoke (Pittsburgh and Donola were 30 kilometers away).

2. How long did it take to control air pollution/smog in the United States?

Regarding this issue, the prevailing saying is 50 years.

After consulting a lot of information, I found that the statement of 50 years can be referred to, but it is not accurate. The actual treatment time is much longer than 50 years, and to this day, some places are still struggling with air pollution.

Let's look at this history from the three aspects of legislation, pollutant concentration changes, and social response.

Before 1950: the formulation of the local air bill, more than 50 cities enacted related bills to reduce smoke and dust, including New York, Chicago, San Francisco, Pittsburgh and other heavily polluted cities, the most famous of which was the enactment of the California Air Pollution Control Act in 1947. Authorize the establishment of an air pollution control zone.

After 1955, federal air quality-related laws and air quality standards began to be formulated. Milestones include:

The specific content of the bill can be found on the official website of the U.S. Environmental Protection Agency, as well as references. 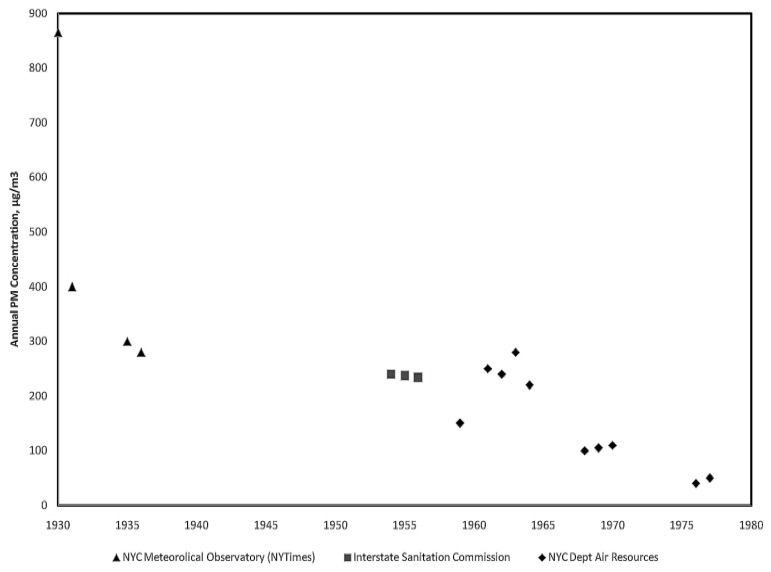 Changes in the concentration of TSP (total suspended particulate matter) in the U.S. national atmosphere from 1960 to 1988

As can be seen from the above figure, the national change trend is similar to that of New York. The national average PM2.5 concentration reached China's current standard (35 μg/m3) approximately in 1975; 12 years have passed since the Federal Air Act.

The United States has continued to exert efforts to control air pollution. The picture above is from the official website of the U.S. Environmental Protection Agency [15]. In the 25 years from 1980 to 2015, the US GDP has increased by 153%, the number of motor vehicles has increased by 106%, and the population has increased. 41%, energy consumption increased by 25%, carbon dioxide emissions increased by 18%, while total pollutant emissions decreased by 63%. The average annual growth rate of GDP is 3.8%, and pollutant emissions are reduced by an average of 3.9% annually. Although this results from the combined effects of the Air Act, technological development, energy structure changes, and special times, it is undoubtedly a stimulus for us: economic growth and air pollution control can go hand in hand!

The blue sky and white clouds in the United States are very common today, and the air is indeed perfect, but not all cities are good at all times. It has a clear relationship with the city's industry, car ownership, and weather.

According to data released by the U.S. Environmental Protection Agency, in 2015, 26 cities in the United States did not meet the annual average concentration of PM2.5 (12 μg/m3), half of which were in California (industry, automobiles, and population). Of course, the worst is in our country, and it has also reached the standard. (Note: The annual average concentration standard of PM2.5 in my country is 35 μg/m3)

At the same time, in 2015, 39 cities had 2% of the days (corresponding to the 98th) whose 24-hour average PM2.5 concentration did not meet the standard (35 μg/m3). Among them, 14 were in California, and the highest was more significant than 112 μg/m3. Compared with our country's extremely polluted weather, it is laughable, but it is not low.

In summary, the United States has achieved remarkable and outstanding results in air pollution control, but the struggle will continue in the future.

Having written so much, I still have to summarize in a bit of bit, what can we learn from the history of smog management in the United States?

1. The control of smog is more complicated than we thought. It is particulate matter that needs to be controlled and many other pollutants (ozone/nitrogen oxides/sulfur dioxide/volatile organic compounds), and economic and social stability. There is also human desire and greed. It took hundreds of years for the United States to accomplish this;

2. The U.S. governance process has also gone through many detours. The closure of this plant and that plant did not solve the problem. It was not until the 1940s that the cause was found through scientific research and the proper remedy was prescribed, and the situation changed fundamentally. Therefore, believe in science and believe in scientific data;

3. Many measures in the United States that year included factory emission restrictions, motor vehicle emission restrictions, air monitoring, etc. Today, China has implemented them (although there are still many problems). This is a latecomer advantage. I believe that China will be the fastest in the world. Speed up air pollution. The disadvantage of latecomers is that we don't have so much time and patience;

4. What should come will eventually come, and what should go will go. Every generation will experience problems that belong to that era, whether it is war, poverty, smog, a threat to survival, or unknown Fear. No matter what, there will always be someone to take on the responsibility of the times. (Attention, I did not say that smog is a good thing, it is something we should bear, but from a historical point of view, big countries have gone through this process from poverty to prosperity, and they are resolved in the end)