Home / Company News / The main cause of air pollution

The main cause of air pollution

The main causes of air pollution are as follows:

(1) Industry: Industry is an important source of air pollution. The pollutants discharged into the atmosphere by industry are of various types and complex in nature, including smoke and dust, sulfur oxides, nitrogen oxides, organic compounds, halides, carbon compounds, etc. Some of them are smoke and dust, and some are gases.

(2) Domestic stoves and heating boilers: A large number of residential stoves and heating boilers in cities need to consume a lot of coal. During the combustion process of coal releases a large amount of dust, sulfur dioxide, carbon monoxide and other harmful substances to pollute the atmosphere. Especially when heating in winter, It often causes smog in polluted areas and makes people cough. This is also a source of pollution that cannot be ignored.

(3) Transportation: Automobiles, trains, airplanes, and ships are the main means of transportation in modern times. The exhaust gas produced by burning coal or oil is also an important pollutant. Especially in cities, the amount of pollutants emitted is large and concentrated. It can directly invade human respiratory organs and cause serious air pollution in cities. It has become one of the major air pollution sources in big cities. The exhaust gas emitted by cars is mainly carbon monoxide, sulfur dioxide, nitrogen oxides and hydrocarbons, etc., the first three substances are harmful Sex is great.

According to different classification standards, we can classify air pollution into four types of groups.

According to pollution source: 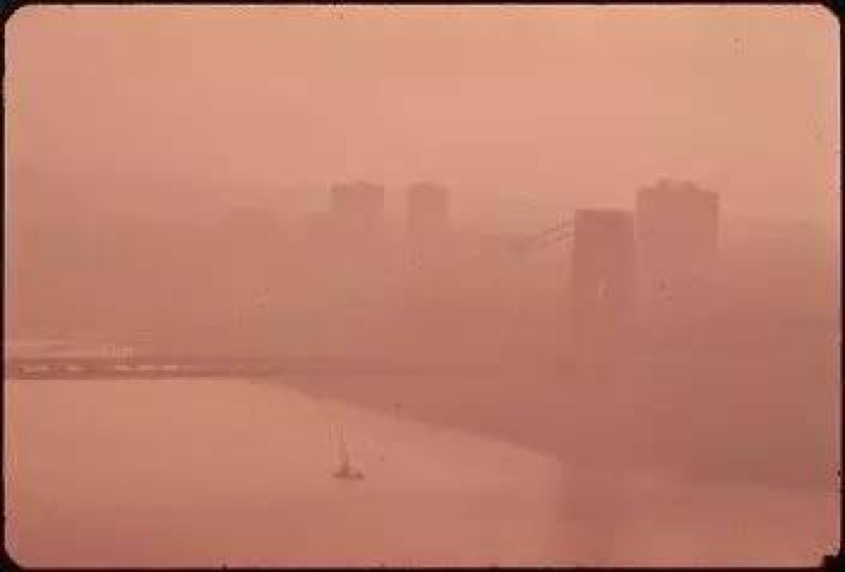 Divided according to the scope of pollution:

1. Localized pollution: refers to the extensive pollution of a small unit or location.

2. Regional pollution: refers to the local pollution of a certain city or region.

3. Wide-area pollution: refers to the surrounding spreading pollution caused by large-scale pollution in a certain area.

Since this method of dividing by scope does not have a unified and standardized scope standard, it is not applicable to some countries or places with large or small area. Therefore, we have two methods of classification.

Divided according to the chemical nature of the pollutants and the existing atmospheric environment:

1. Reduction-type air pollution: refers to air pollution caused by coal as the main fuel and concurrent use of petroleum fuels, so it is also called soot-type air pollution. The main pollutants are SO2, CO and particulate matter.For example, when coal-fired power plants burn coal, mercury is released into the air, and mercury enters the water cycle and is discharged into oceans, rivers, and streams by rainwater. This can eventually lead to poisoning or death of fish in rivers and lakes. How to deal with elemental mercury in water?

The most commonly used method of classification is based on the nature of energy and the composition and reaction of atmospheric pollutants:

1. Coal-based air pollution: refers to the primary pollutants are flue gas, dust and sulfur dioxide. The secondary pollutant is an aerosol composed of sulfuric acid and its salts. This type of pollution mostly occurs in countries and regions that use coal as the main energy source, and most of the early air pollution in history belongs to this type.

3. Mixed air pollution: refers to the system of pollutants emitted mainly by coal, but also by pollutants that use petroleum as fuel. This type of pollution is a stage of transition from coal-based to petroleum-based, and it depends on a country's energy development structure and economic development speed.

4. Special air pollution: refers to pollution caused by special gases emitted by certain industrial and mining enterprises, such as chlorine, metal vapor or hydrogen sulfide, hydrogen fluoride and other gases. The first three types of pollution have a relatively large range, while this type of pollution involves a relatively small range and mainly occurs in local areas near the pollution source.