Global warming has become the biggest natural environmental problem in the 21st century, and the huge harm brought about by climate warming will bring us huge challenges. The ten major hazards of climate warming we are currently facing are:

If the sea submerges the beach, people will lose a lot of fun. At present, many cities in the world like Miami are facing the threat of rising sea levels.

Scientists can measure the impact of the melting of the Greenland ice sheet: the flow of the Colorado River has increased by a factor of six. Scientists predict that if the ice shelves of Greenland and Antarctica continue to melt, by 2100, the sea level will be 6 meters higher than it is now. This will flood many tropical islands and low-lying areas in Indonesia and Miami, Manhattan in New York City, and Bangladesh.

Observing whether the glacier is melting does not require special equipment. After the frozen soil that initially covered the tundra's surface melted due to the increase in surface temperature, vegetation now grows on it.

Montana's Glacier National Park has lost much of its magnificent beauty due to rising surface temperatures.

In this century, the glaciers in Montana National Parks have been severely reduced. Also, the Himalayan glaciers are the primary source of Ganges water. The Ganges River provides drinking water and irrigation water for 500 million people. It is said that the amount of water now decreases at a rate of 37 meters per year.

In 2003, the deadly heatwave that swept across Europe killed about 35,000 people, which may be a harbinger of the intense heat trend that scientists began to track in the early 20th century.

Heatwaves not only inhibit some functions of the human body but can also kill people. The picture shows a New York street hit by a heatwave in 2008. A man tried to pour water from a bottle on his body to cool down.

In the last 50 to 100 years, the frequency of intense heat waves has been two to four times higher than usual. It is predicted that in the next 40 years, there will be more than 100 times the situation. Experts expect that continuous heat waves will increase the frequency of fires and related diseases, and the average temperature of the earth will also rise.

Experts use climate models to predict that rising global temperatures will affect precipitation. But more and more frequent mega-storms are indeed something that no one wants to see: in just 30 years, the frequency of severe hurricanes of category 4 to 5 has almost doubled.

While storms and floods hit some parts of the world, others are threatened by drought. As the climate warms, experts estimate that drought conditions may increase by at least 66%. The increase in drought conditions has reduced the water supply and reduced the quality of crop production. This puts the global food production and supply in danger, and people face an increased risk of starvation.

Droughts around the world have exposed food shortages in rural areas. The picture shows the lack in a small village in the northeast of Nairobi.

Today, India, Pakistan, and sub-Saharan Africa are suffering from drought. Experts predict that in the next few decades, precipitation may continue to decrease. It is estimated that the situation at that time will be terrible. The Panel on Climate Change pointed out that by 2020, between 75 million and 250 million Africans may experience water shortages, and agricultural production on the African continent will fall by 50%. 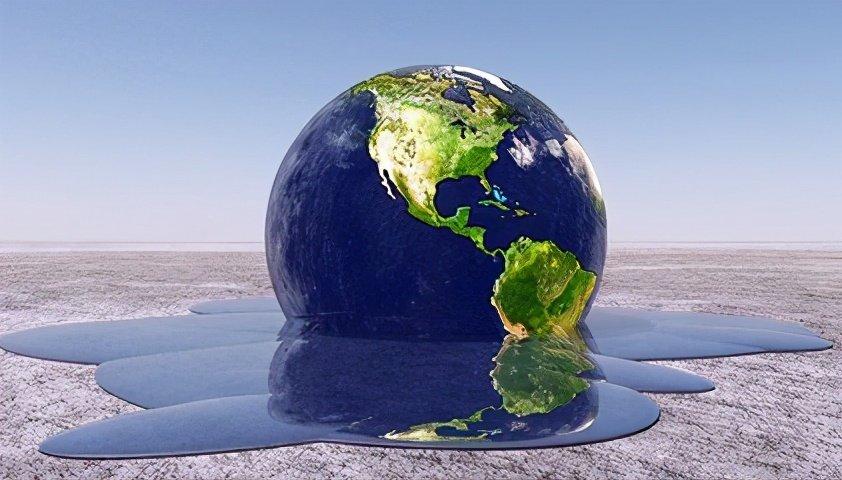 Depending on where you live, you can use different insect repellents to deal with the West Nile virus or Lyme disease. But when was the last time you worried that you might get dengue fever?

Some mosquitoes photographed in California may carry the West Nile virus.

Along with floods and droughts, the high-temperature weather has created an excellent growth environment for the virus, and disease-carrying organisms such as mosquitoes, ticks, and mice have become more prosperous. The World Health Organization claims that new or recurring viruses are spreading rapidly, and they will survive in countries different from the past. Some tropical diseases may also occur in cold places. For example, mosquitoes infected Canadians with the West Nile virus.

Approximately 150,000 people die from diseases related to climate change each year, and all respiratory problems caused by heat-related heart disease and malaria are on the rise [Washington Post]. How is hay fever related to global warming? This is because warmer temperatures increase the production of smoke and increase the number of asthma attacks. Simultaneously, it further promotes the growth of weeds, which lays the blame for allergy sufferers.

As the temperature increases, the cost of making up for the losses caused by climate change is increasing. Severe storms and floods have caused agricultural losses of up to billions of dollars. At the same time, treating infectious diseases and preventing the spread of diseases also require a lot of expenditure. Extreme weather can also cause a severe economic downturn. In 2005, the record-breaking hurricane stayed in Louisiana for several months, causing a financial income loss of about 15% of total income and property damage of at least $135 billion.

In addition to the casualties caused by Hurricane Katrina, New Orleans and Louisiana face billions of dollars in economic losses.

Economic factors permeate almost every aspect of human life. With the increase in insurance premiums paid for health and families, consumers face rising food and energy costs. Governments are also suffering from the consequences of the tourism slump and the decline in industrial profits: soaring energy costs, food and water needs, post-disaster cleanup, and tense border situations.

Ignoring the problem itself does not make the pain go away. A recent study by the Institute of Global Development and Environment at Tufts University showed that if nothing is done in the face of the crisis of global warming, humanity will get a bill of US$20 trillion in 2100.

Security experts say that the conflict in the Darfur region of Sudan shows that although global warming is not the only cause of the crisis, its root causes can be traced back to the effects of climate change, especially the reduction of existing natural resources. The outbreak of violence in Darfur took place during the prolonged drought. In the past two decades, there was only a tiny amount of precipitation, or even no rain, while the temperature in the nearby Indian Ocean has been rising.

On the one hand, the conflict in Darfur stems from the tension caused by global warming.

Scientists and military scientists are analyzing the consequences of climate change, such as unstable food supplies that will trigger wars and conflicts, which shows a link between violence and ecological crises. Countries with water shortages and food shortages have planted security risks, and regional turmoil, panic, and aggression may occur.

The increase in global temperature is more and more harmful to the survival of species. If the annual average temperature maintains a growth rate of 1.1 to 6.4 degrees Celsius, about 30% of the existing plants and animals will be threatened with extinction by 2050. These species will become extinct due to desertification, deforestation, ocean warming, and the inability to adapt to the climate. Wildlife researchers have noticed more flexible migration. Animals migrate from the far north to the far south, looking for the habitat needed to survive. For example, the red fox, a former North American inhabitant, now lives in the Arctic.

The habitat of the red fox has been affected by global warming temperatures.

Humans are not immune. Desertification and rising sea levels threaten human habitats. When plants and animals have lost their adaptability to climate change, human food, fuel, and income are out of the question.

Climate change and increased carbon dioxide are a test of the human ecosystem. It threatens freshwater, clean air, fuel and energy resources, food, medicines, and other living conditions that affect human survival rather than lifestyle.

Coral bleaching is just one of the tangible effects of global warming on ecosystems.

There is evidence that climate change impacts natural ecosystems, which means that any change in the world is closely related to changes in land, water, and biological life. Scientists observed bleaching and dead coral reefs and found that the warming of the sea caused this. Simultaneously, the phenomenon of plants drifting and animals changing their habitats is also caused by the rise in air and water temperature or the melting of ice caps.

Based on different temperatures, scientists' computer models predicted scenarios of varying degrees of floods, droughts, forest fires, and ocean acidification, which eventually led to the collapse of the global ecosystem. Neither terrestrial nor marine ecosystems were spared.

The predictions of famine, war and death outline a picture of the terrible future of the earth after climate change. Scientists study the impact of these changes on the planet, not to predict the future but to help humans reduce behaviors that may cause climate change. If we know and understand the problem, take appropriate actions, improve energy efficiency, use sustainable energy, and other green lifestyles, we can have a particular impact on climate change.