Common voc organic waste gas generation methods include decoration building materials, carpets, printers, furniture, paint thinners, paints, glues, cosmetics or sprays containing certain ingredients, and plastic products. Do you know about the sources and hazards of voc organic waste gas? According to the relevant test report of the Environmental Protection Agency, if there are not enough ventilation and purification equipment to circulate the air, the indoor air pollution will be 10 times more serious than the outdoor air. VOC is an organic (carbon-based) gas emitted by many different products. It is also often referred to as a hydrocarbon. The evaporation of VOC is caused by sufficient pressure.

The types of voc organic waste gas can be divided into two types:

As we all know, paint is a chemical product, which contains many organic compounds that can participate in the optical reaction, that is, voc, which has a huge impact on human health. When the voc in the room reaches a concentration, people will feel headache, nausea, vomiting, fatigue, etc. in a short period of time. In severe cases, they will have convulsions and coma, and will damage the liver, kidneys, brain and nervous system of people, causing memory loss. And other serious consequences.

These volatile organic compounds include formaldehyde, ammonia, ethylene glycol, esters and other substances. When the concentration of VOC in the room reaches a concentration, it will cause headaches, nausea, vomiting, fatigue and other symptoms. In severe cases, it can even cause convulsions and coma, damage the liver, kidneys, brain and nervous system, and cause serious consequences such as memory loss. The report claims that hundreds of thousands of people die from decoration pollution every year in our country. Experts say the killer is voc, with an average of about 304 people per day. There is evidence that this death toll is still rising year by year.

As infants and young children spend 90% of their time indoors, the harmful substances in toxic coatings can harm children for a long time, and the physical and mental characteristics of children make the consequences of this harm more serious than adults. Because it is harmful to the human body, the mandatory standards from July 1, 2005 stipulate that the voc for interior wall latex paint should be less than or equal to 200 g/l. If the green environmental protection "Ten Ring Mark" is to be obtained, the voc content should be less than 100 g /Rise. 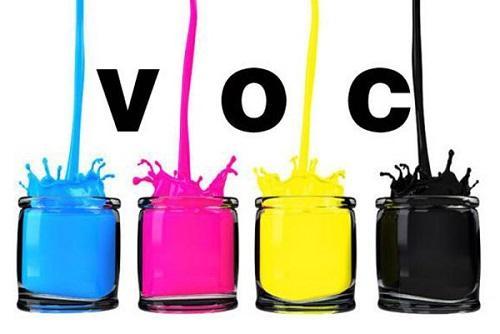