Activated carbon adsorption tower has become more and more widely used in the industrial development of the past few years. It has handled the discharge of various wastes very well, is environmentally friendly and clean, and has a good development trend in the society. Let me introduce it to everyone. The role of activated carbon adsorption tower.

In industrial production, organic solvents are widely used in cleaning, decontamination, dilution, extraction, etc., as intermediates for chemical synthesis, and as raw materials for paint and coatings.

Gas that can be removed

What waste gas does the activated carbon adsorption tower treat? 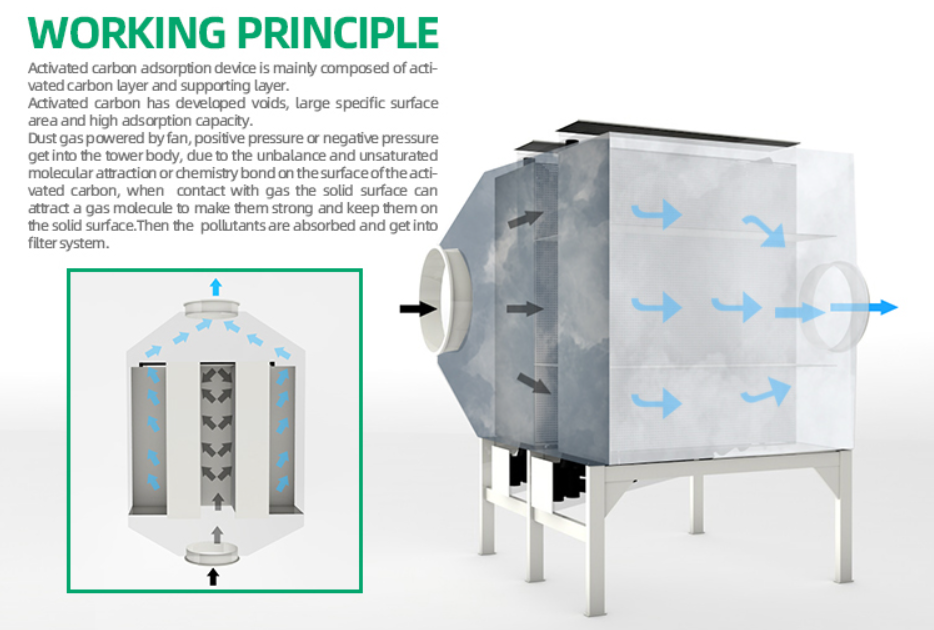 Activated carbon is a kind of black powdery, granular or pellet-shaped amorphous and porous carbon. The main component is charcoal, but also contains a small amount of oxygen, hydrogen, sulfur, nitrogen, and chlorine. It also has a fine structure like graphite, but the crystal grains are small and the layers are stacked irregularly. It has a large surface area (500～1000㎡/g).

It has strong adsorption capacity and can adsorb gas, liquid or colloidal solid on its surface.