Centrifugal blowers and electric fans are mechanical equipment used to move air or other gases. This type of electric fan increases the air velocity through the rotating impeller. They use the impeller's kinetic energy to add air or airflow pressure so that they can overcome the resistance caused by pipes, dampers, and other components to move. The centrifugal electric fan accelerates the air radially by changing the airflow direction. They are robust, reliable, and able to operate under various conditions. The electric fan is a stable CFM device; in the sense of stabilizing the electric fan's speed, the centrifugal electric fan will pump the air instead of the sound volume of the block.

The development history of centrifugal fans:

The centrifugal electric fan was invented by the Russian military engineer Alexander Sablukof in 1832, and it was discovered that it was used in Russia and abroad. These fans are by far the most widely used type of fans in the HVAC profession. They are cheaper than axial fans, and the construction process is more straightforward. They are used to transport gases or materials, and the ventilation systems of buildings and are also commonly used in central heating and cooling systems. They are very suitable for industrial processes and air pollution control systems.

It has an electric fan impeller composed of a plurality of electric fan blades installed around the hub. The wheel hub turns over the driveshaft, which passes through the fan shell. The gas enters from one side of the fan impeller, rotates 90 degrees, and accelerates under the effect of centrifugal force. 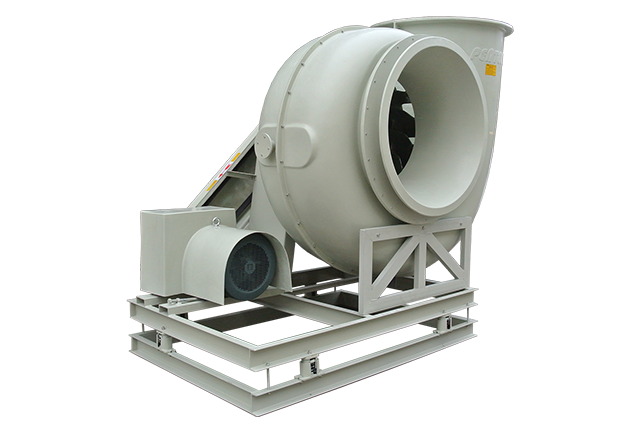 1. The use of thick standard welding parts can provide structural strength and durability.

2. The continuous process of welding the shell can provide the most solid structure.

3. The shaft extends to the tolerance range to minimize runout.

4. All such fans are equipped with lifting ears.

6. Selecting the bearing can provide a longer service life in the electric fan's entire operating range.