Home / Company News / Analysis of heat resistance of PVC board

Analysis of heat resistance of PVC board

The development of PVC board

PVC board is an advanced technical board made by processing with current technology. Its appearance has brought vitality to the current market and at the same time promoted the development of related industries. Under normal circumstances, this kind of PVC board is a relatively common board, which is made of a white or light yellow powder made of PVC resin and then processed into it. Some characteristics of this kind of PVC board products can well promote the development of the industry.

The production of this PVC board product is processed by related technologies. According to the current social development, PVC board will be a kind of equipment used in future development. Regardless of consideration from all aspects, we can understand the main performance of this kind of PVC board. Considering from different angles all have their characteristics. From a mechanical point of view, PVC board is a product with high hardness and certain mechanical properties, which will change with the design.

Heat resistance of PVC board

The product of PVC board has very high requirements for temperature, and it will change according to the temperature at that time. From the thermal aspect, its performance is mainly considered. This kind of PVC board is a material with poor heat resistance. It will decompose under high temperature conditions and is flame-retardant. From the point of view, it shows the electrical properties of this PVC board. The electrical insulation of the PVC board is not good. It does not have the performance of PP board and PE board, but PVC board also has its own unique characteristics. In turn, the use value of PVC board products is improved.

Flammability-under the specified experimental conditions, the ability of materials or products to carry out flaming combustion

Incombustibility-under the specified experimental conditions, the material can not carry out the ability of flame combustion. 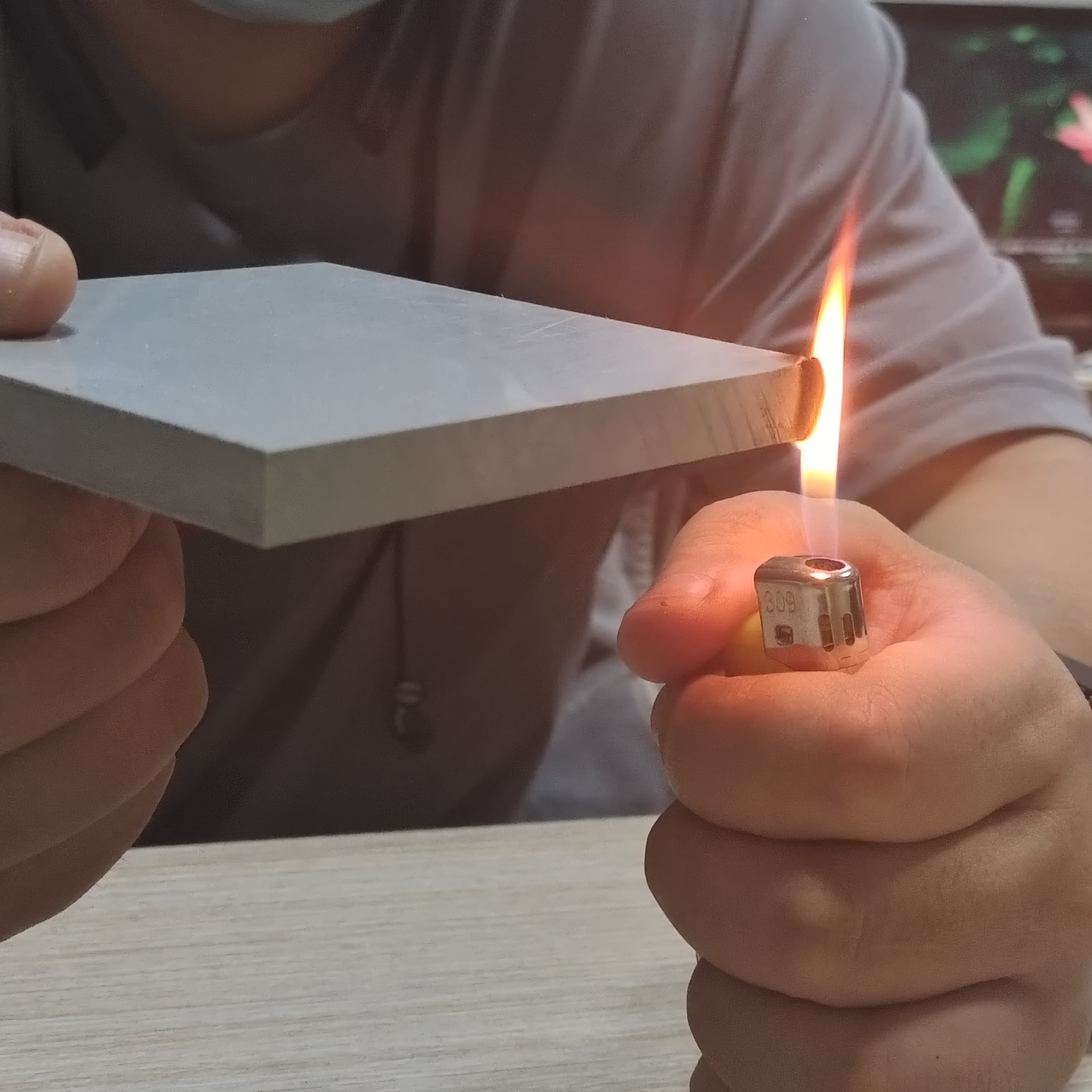 The biggest feature of PVC is flame retardant, so it is widely used in fire protection applications. But PVC will release hydrogen chloride and other toxic gases such as dioxins during the combustion process. PVC also has disadvantages such as poor thermal stability and high smoke density during combustion. The poor thermal stability of PVC is related to its molecular structure containing chemical defects (such as allyl chloride, tertiary chlorine, end groups with double bonds or peroxide residues, etc.), and it is prone to autocatalytic dehydrochlorination reaction under heated conditions. A conjugated polyene chain is formed, which then undergoes chain scission, cross-linking and discoloration and degradation.

In the combustion process, PVC first undergoes dehydrochlorination reaction, and then undergoes a series of reactions such as crosslinking, cyclization, and chain scission, and continues to burn to produce carbon monoxide, carbon dioxide, benzene ring compounds and carbon smoke, which is very important to the environment and personal safety. harm. Among the general-purpose plastics and engineering plastics used, PVC is one of the plastics with the largest amount of burning smoke.