Home / Company News / What is the adsorption principle of activated carbon adsorption equipment?

What is the adsorption principle of activated carbon adsorption equipment?

Activated carbon is a black powder, granular or pellet-like amorphous carbon with pores. The main ingredient is carbon, and also contains a small amount of oxygen, hydrogen, sulfur, nitrogen and chlorine. It also has a fine structure like graphite, but the grains are small and the layers are irregularly stacked. It has a large surface area (500-1000㎡/g). It has a strong adsorption capacity and can adsorb gases, liquids or colloidal solids on its surface.

The activated carbon adsorption tower uses the surface force of the high-performance activated carbon adsorbent itself to attract the adsorbate of the organic waste gas molecules to the surface of the re-adsorbent. Exhaust gas adsorption is more suitable for exhaust gas treatment with large air volume and low concentration, and is suitable for electronics, chemical industry, light industry, rubber, paint, coating, printing, machinery, ships, automobiles, petroleum and other industries. 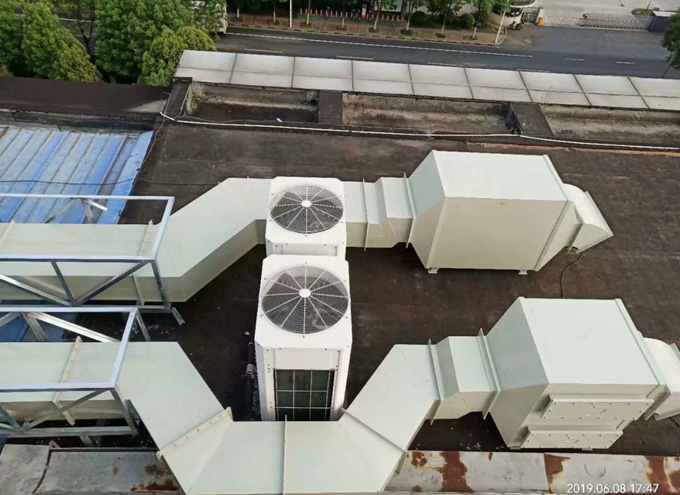 Desorption regeneration process of activated carbon adsorption device: steam is injected from the bottom of the tower, the solvent adsorbed in the activated carbon is evaporated, and then condensed into a liquid through a condenser, which enters the separation cylinder, separates and recovers the organic solvent, and the residual liquid enters the aeration cylinder , discharged after aeration. is a physical process that recovers the solvent and saves costs. Performance characteristics of activated carbon adsorption device: no secondary pollution during operation; less equipment investment and low operating cost; stable performance, can handle a variety of mixed gases at the same time, purification efficiency ≥ 95%; using new activated carbon adsorption material as adsorbent, It has the advantages of low resistance, long life and high purification efficiency.